Our campaigns work is dedicated to the prevention of abuse of primates in captivity, with a specific focus on ending the primate pet trade in the UK. We work in partnership with non-profit organisations and are a leading voice in lobbying local and central government to implement changes in the law. We act in an advisory capacity in diverse forums on the subject.

There are approximately 5,000 primates kept by private individuals in the UK today.  Primates are intelligent, socially complex wild animals, inherently unsuitable for keeping in a domestic setting, but they are currently afforded very little protection under UK law.  What protection does exist is often flouted or ignored, which seriously compromises the welfare of individual primates. A lack of adequate species knowledge, veterinary care, social opportunity, space and poor diet leads to mental, physical and emotional suffering for pet primates, the results of which we see at our Sanctuary every day.

82% of all rescued primates residing at our UK Sanctuary were either improperly licensed or not licensed at all as pets. All primates are listed under the Convention on International Trade in Endangered Species (CITES) due to the threat posed by international trade to their continued survival. Conservationists working in primate habitat countries agree that the existence of a legal trade in primates in places like the UK and the USA has a negative impact on wild populations of primates, both directly (through capture for sale as pets to people from these countries) and indirectly (through example).  Nevertheless, Critically Endangered species such as cotton-top tamarins continue to be traded as pets without regulation in the UK.

We lobby central and local government and work within parliamentary working groups, spearheading the campaign against the primate pet trade. We also strive to end the exploitation of primates in the entertainment industry and take action to inform and educate producers, celebrities, media companies and the general public via letter writing, press releases and petitions.  We educate 30,000 visitors to our Sanctuary each year, publish information in the public domain and act as an advisory service to potential pet monkey owners, raising awareness of the issues surrounding the trade. 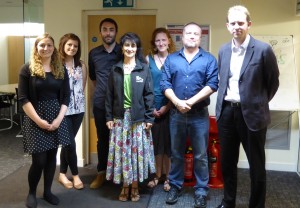 Over the years, Wild Futures has been instrumental in establishing political recognition that primates do not make suitable pets and that the trade in primates as pets is an issue that needs to be on the agenda. As a result, we have been invited by Government to contribute as expert consultants on various occasions, including for the Code of Practice for the Welfare of Privately-Kept Non-Human Primates and an EFRA Select Committee Inquiry. Our work has high-level institutional and individual support from 300 world experts including The International Primatological Society, The Primate Society of Great Britain, Jane Goodall, Professor William McGrew, Ian Redmond OBE and Frans de Waal, as well as strong public support, demonstrated by hundreds of thousands of petition signatures. We have co-written papers with other high profile organisations, such as such as the RSPCA, and we annually carry out the most comprehensive UK primate licensing survey.

Download our Primate Pack! Produced in conjunction with the RSPCA; the pack gives comprehensive information on the trade in primates as pets in the UK.

Visit our Support Our Campaigns page to see how you can help us to end the exploitation of primates.

Click on the report below to read our latest research.

Wild Futures, a leading primate welfare charity, travelled to the Houses of Parliament in London on Tuesday 21stof February to attend a very important reception promoting a ban on the UK primate pet trade.

The event was hosted by MP Sheryll Murray and was headed by the RSPCA along with Wild Futures, Born Free Foundation, Four Paws, Captive Animals’ Protection Society, and British Veterinary Association. It provided an important opportunity for MPs to come and speak directly to primate welfare experts and pledge to support a ban on the private ownership of primates.

Renowned conservationist and field biologist Ian Redmond,OBE, who is known for his work with Great Apes, also attended the reception and was eager to talk to MPs about the need to ban the primate pet trade.

“With 30 MPs in attendance the event was a great success.” said Sarah Hanson, Campaigns Officer at Wild Futures, “It was an important opportunity to talk face to face with MPs and really highlight the plight of primates in the trade. I had the chance to show evidence of some of the physical and behavioural disorders that all of the rescued primates suffer with at The Monkey Sanctuary. MPs commented that it was really eye opening and agreed that they would pledge to support a ban.”

Every delay in ending the trading and keeping of primates as pets simply prolongs the suffering of individuals kept in unsuitable environments. A public opinion poll shows that there is overwhelming support for an end to this cruel trade and a petition has currently attracted almost 42,000 signatures and is rising. Fifteen other EU countries have already addressed the problem. The UK needs to catch up!

The petition can be found here: www.protectprimates.org

Help us end the suffering of thousands of pet primates in the UK and sign our petition Today! 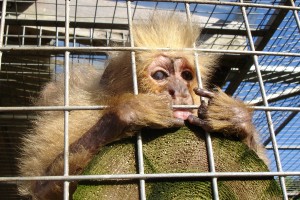 End the keeping and trade of primates as pets! Wild Futures, the RSPCA, The Born Free Foundation, British Veterinary Association (BVA), Captive Animals’ Protection Society, Four Paws and OneKind believe the cases of suffering they encounter on a frequent basis are just the tip of the iceberg and they have today launched a petition calling on the governments in the UK to introduce regulations that will end the keeping and trading of these complex creatures as pets.

Sign our petition and join us in speaking out for each and every primate being kept as a pet.

Cross Country Trains promotion for NUS students featured a chimpanzee and suggested  that students ‘Buy a Monkey’ with the saved money. Wild Futures contacted Cross Country Trains asking them to drop their advert due to the fact it irresponsibly featured a chimpanzee dressed up and encouraged people to buy a pet monkey. We were delighted that Cross Country  pulled their most recent advert in response to these objections.Thank you to those who contacted them.

Cross Country Trains removed their ad because so many people contacted them, every email helps!

On November 17th 2015 Wild Futures and the Primate Society of Great Britain hosted a Parliamentary Reception in the House of Commons, supported by MPs Sheryll Murray and Andrew Rosindell. The evening was a great success. The room was packed, standing room only, with supporters of a ban on the trading and keeping of primates as pets. Amongst the crowd, all the major animal welfare organisations were represented and we were delighted to see quite a number of MPs as well.

The speakers and experts for the evening were from PSGB, Wild Futures and RSPCA. Bill Oddie concluded the talks for us, urging us on to victory in our campaign to end this cruel trade. Wild Futures was also honoured to have a dedicated video message from world famous Dr Jane Goodall, DBE.

Following the EFRA Select Committee’s inquiry into whether primates should be kept as pets, the Government responded to the Committee’s report on the 12th of September. Wild Futures gave written and oral evidence at the hearing in Parliament and, along with the RSPCA, and many other welfare and veterinary organisations, called for a ban.

Wild Futures is hoping that the Government is inching towards, what Wild Futures believes is necessary, an end to the trade and keeping of primates as pets, therefore we are holding a parliamentary reception on the 17th November.

In 2015 the government will be reviewing the Code of Practice for the Welfare of Privately Kept Non-Human Primates. Wild Futures is looking forward to providing further evidence to the Government.

Click HERE to read Wild Futures’ submission to the EFRA committee (The result of which was that we were invited to give oral evidence).

Click HERE read the government’s response to the EFRA report. 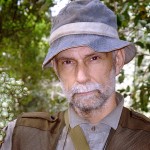 "Primates are not domesticated animals, bred by humans over generations to be companions. They are wild creatures, unfortunate enough to be held captive in unnatural circumstances. However well meaning their human
captors, primates should not be kept as pets. They need the company of their own kind in settings as naturalistic as possible, if they cannot be returned to the wild."